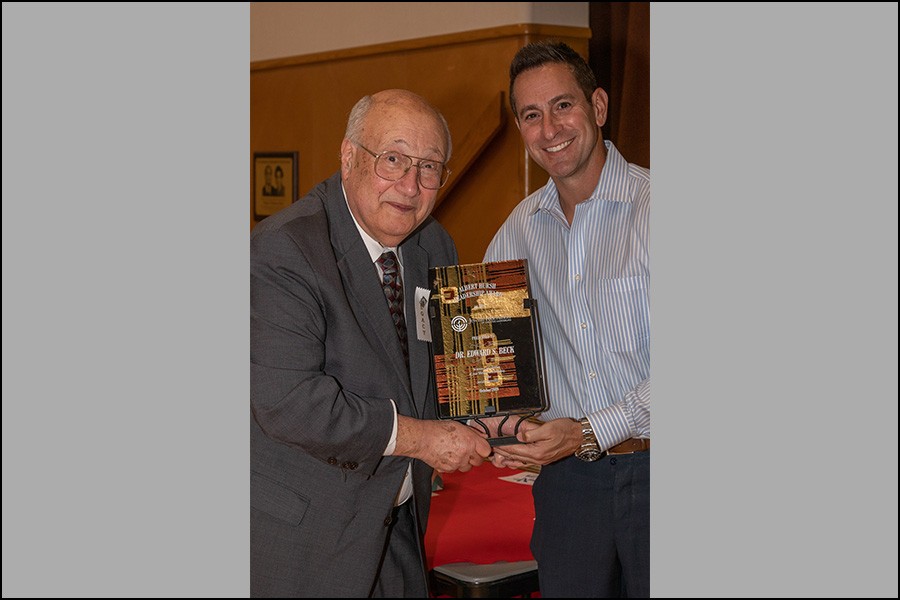 On Thursday, October 24th, community agencies came together for the Joint Agency Annual Meeting at the Harrisburg JCC.

This was the fifth time that the meeting was held, during which board members of Jewish agencies in Harrisburg were elected/installed and community members and staff were honored in recognition of their service to the Campus of the Jewish Home, Jewish Community Foundation, Jewish Family Service, Jewish Federation of Greater Harrisburg, and The Silver Academy.

The program was emceed by Fox43 news reporter Matt Maisel, who noted the wide spectrum of attendees’ backgrounds and affiliation. “I look around this room and see that what makes this community so spectacular is our diversity,” he said. “Whether you are reform, conservative, orthodox…these are just labels. It’s unlike any other Jewish community I’ve seen.”

Members of Kol Haneshamah, Harrisburg’s Jewish chorus, led the audience of more than 150 in singing the Star Spangled Banner and Hatikvah, which was followed by a D’var Torah and installation of agency boards by Rabbi Eric Cytryn of Beth El Temple Harrisburg.  A moment of silence was held on behalf of community leaders who have passed away in the last year as well as the victims of terror at Tree of Life Synaoguge, Chabad of Poway, and at churches, mosques, schools and other public venues.

Kol Haneshamah returned later in the program for performances of L’dor Vador and Halleluyah.

Volunteers and staff were honored from each of the community’s five Jewish agencies. For a full list and bios of honorees, see the 10/11 edition of Community Review.

The program concluded with a dessert reception sponsored by the Jewish Community Foundation of Central PA.