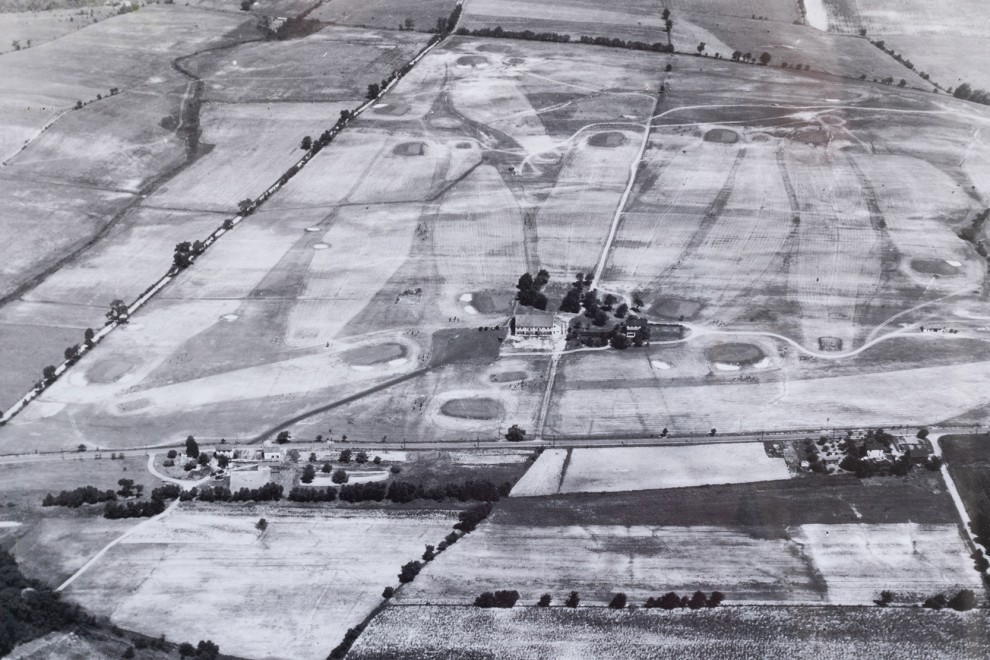 Harrisburg residents are experiencing a different sight than usual on Linglestown Road, near the grounds of the former Blue Ridge Country Club.

Where golfers used to send dirt flying from bunkers, dust kicks up seemingly on its own, surrounded by makeshift construction offices.

Rather than golf carts zipping around, trucks and Caterpillars slowly crawl across an empty space.

And replacing the yell of “Fore” and laughter emanating from the clubhouse, the hum of heavy machinery echoes across the site that occupied Blue Ridge for decades.

Those wishing to relive and reminisce on the memories and sights of Blue Ridge can do so one last time through the new documentary about the country club. The current site is contrasted by the former glory of Blue Ridge with aerial shots of its lush fairways and memories of members, employees, and leaders, who sat down in front of the camera to remember the role the club played in their lives.

“The goal was to preserve the memory of the institution,” says Eric Epstein, who directed and funded the twenty-two minute film. “There was a period in the 60s, 70s, and 80s where Blue Ridge served as the social and cultural hub for the Jewish community.”

The film showcases the early history of Blue Ridge, which was founded by Jewish community member Dr. Ben Gainsburg in 1936. “It was the place to be,” Denny Woolf, club President for 10 years, says in the film. “The mission was to provide a facility for Jewish members where they were respected and not just tolerated. Eventually, it became a golf course for everyone to enjoy.” 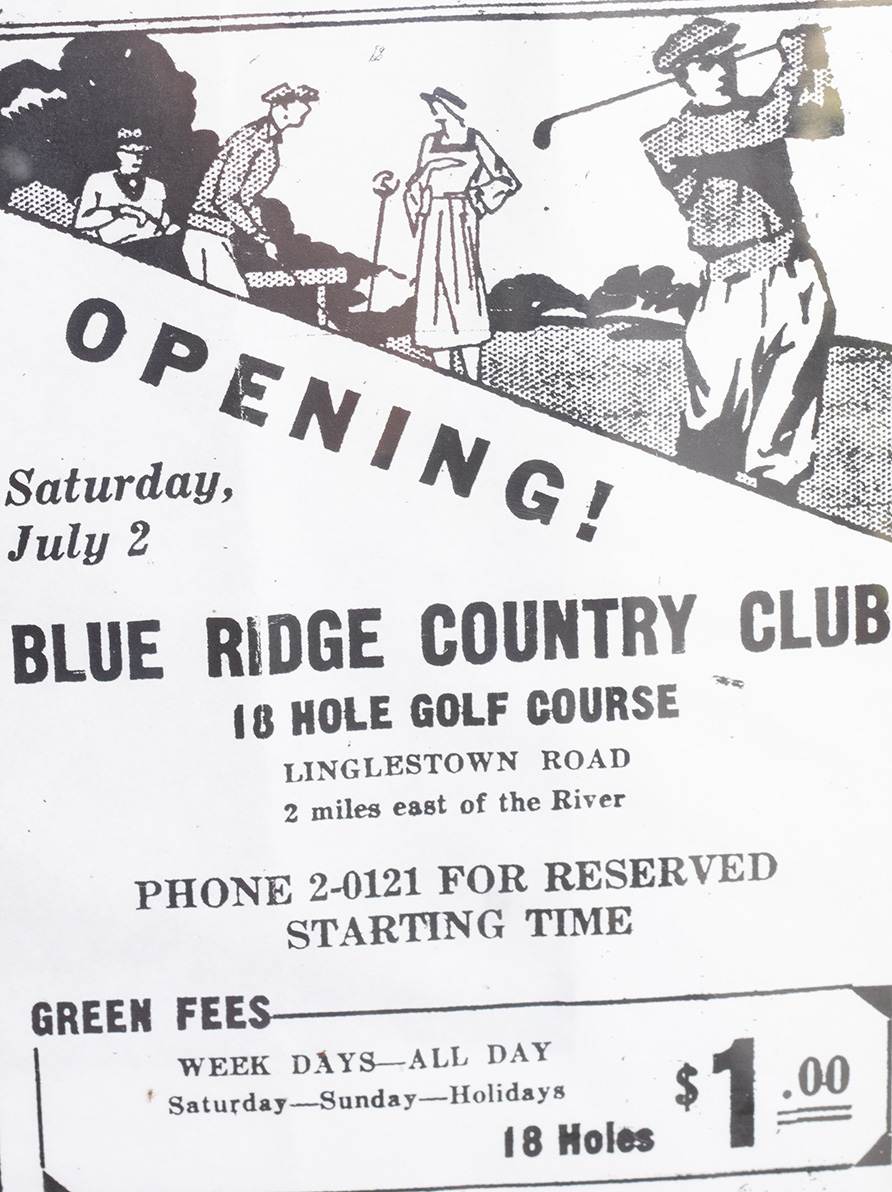 Throughout the film, familiar faces reflect on memories from the golf course, the clay tennis courts, and the family fun at the swimming pool. Connie Siegel, Toby Yoffe, Sue Dym, and Linda Schwab all appear in the film, as well as Blue Ridge icons such as golf professional Pete Micklewright and swimming instructor Michael Mausner.

Each imparts how central the country club was to the Jewish experience in Harrisburg, from family life to social and business relationships.

“People would build their days around the club,” says Eric. “I remember going to minyan on Sundays with my grandfather and his friends. Then the older men would go play golf at Blue Ridge, where they’d meet up with their wives after and play cards.”

The club was known for having phenomenal staff, including Whitey Suttles, the greenskeeper, and for being an outstanding facility. It was a source of great pride for the community, which rallied to rebuild the clubhouse after an extensive fire in 1982.

“They got things done really quickly,” said Pete Micklewright in the film, recalling the rebuilding which coincided with his arrival as golf pro. “In 14 months, they went from a burned-out building to a full new clubhouse, up and operating.” 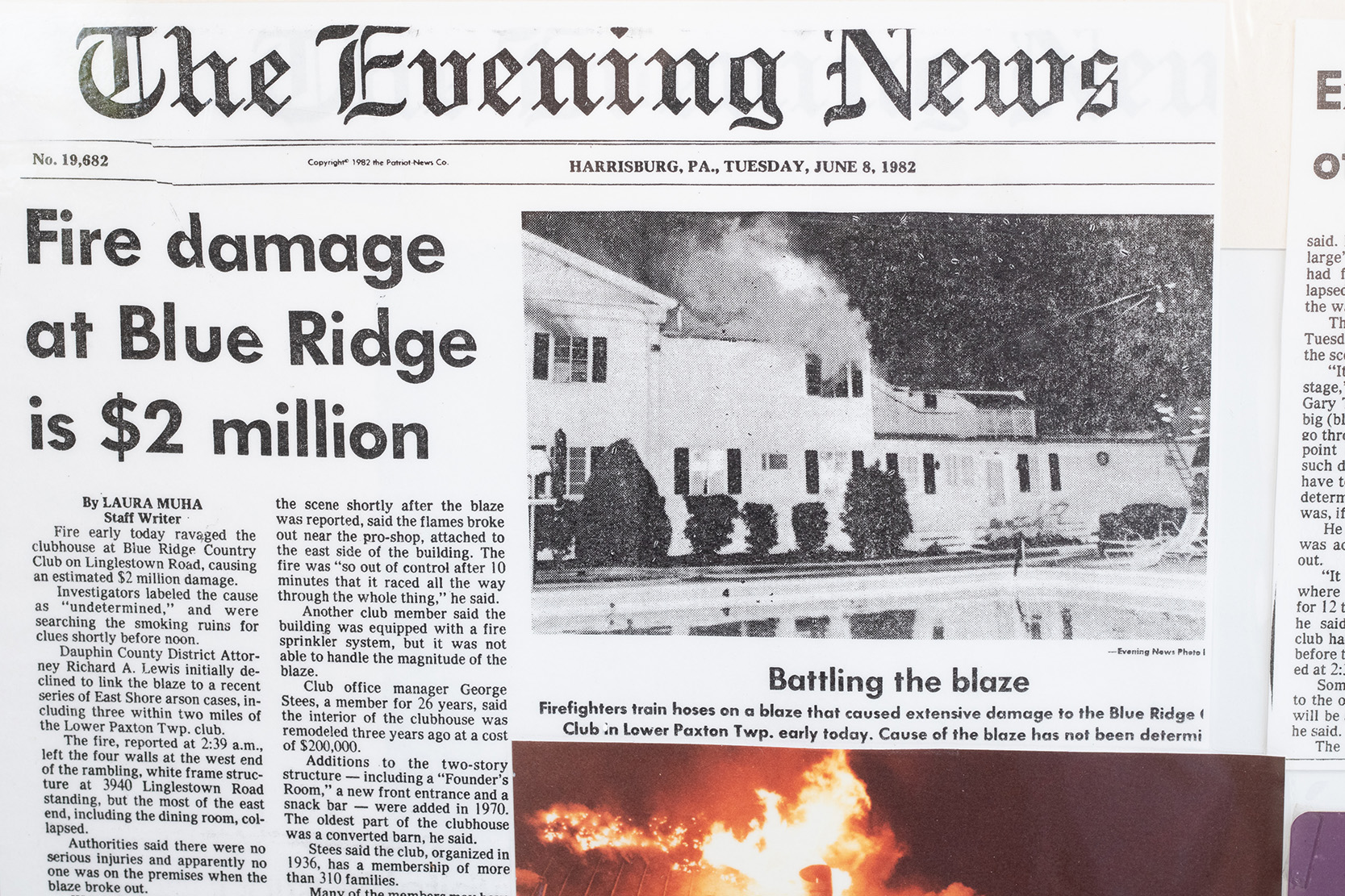 Throughout the film runs the linear progression of changes in American society, where women slowly incorporated into male-dominated activities, like golf, and men became more involved in day-to-day parenting duties. “Young married men do things with their children now,” says Sue Dym in the film. “If the children are playing soccer, they’re with the kids playing soccer.”

Eric says that the Blue Ridge story is a reflection of socioeconomic shifts and social mores. “It’s basically an outgrowth of the economic advancement of Jews. You see this progression of Jews moving out of the inner-city shtetl, and that fuels a larger discussion of where Jewish cultural institutions should be located. The documentary is important to measure the growth and opportunity that the Harrisburg Jewish Community has experienced, but also it’s sad. There is not another cultural magnet like Blue Ridge.”

Today, a new housing development is planned for the former grounds of Blue Ridge Country Club. “The land went from a farm to a country club, and now to a place where people will live,” Eric notes. “I think the documentary is a really interesting way to document a 50-year period of Harrisburg Jewish culture.”

The film ends on a high note. As the credits roll, the film’s talking heads share favorite memories from the heyday of Blue Ridge.

While the country club is no more, the memories and relationships formed there remain.

The documentary film is slated for an online release in the Fall 2019. It will be available for viewing on YouTube and Vimeo. The film is produced by EFMR Monitoring Group and filmed by GK Visual.