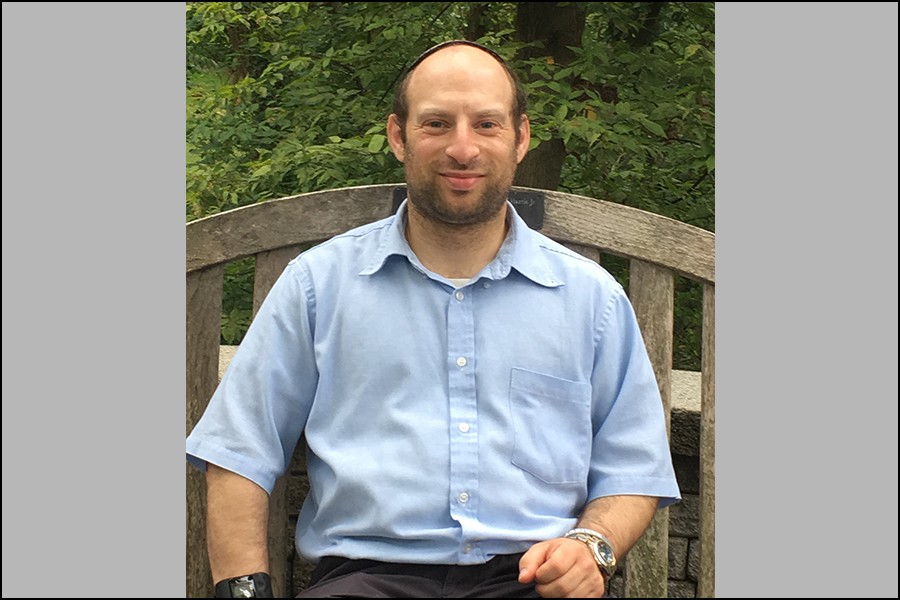 Like many modern Jews, Reuben Rosenberg has no problem incorporating his Judaism into his professional life. He just makes a few tweaks along the way.

Reuben, an Emergency Medical Technician with Community Life Team, follows the Jewish principal of pikuach nefesh (the importance of saving a life) while working in the back of an ambulance.

Wearing his yarmulke and using both his medical skills and his compassionate heart, Reuben deals with everything from car crashes to cardiac arrests, from stabbings to strokes, and from falls to fractures.

He believes he was born to help others. His grandfather was an obstetrician-gynecologist, one aunt was an epidemiologist, and another was a pharmacist.

He grew up near Italian Lake in Harrisburg, and graduated from the Yeshiva Academy, then Talmudical Academy in Baltimore, where he took Judaic studies in the morning and secular subjects in the afternoon. After graduating in 2000, he went to Israel for two years of Judaic studies in Jerusalem.

“It let me know who we are as a Jewish people, where we came from, and where we’re going,” he said. “I was there in turbulent times. I was in Israel while Ben Blutstein was but I came back and was working at the Hersheypark kosher stand the summer he was killed.”

Reuben was deeply affected by the murder of Blutstein, a fellow Yeshiva Academy graduate and fellow member of Kesher Israel Congregation in Harrisburg. After returning from Israel, Reuben thought of going to medical school but knew that Jewish law prohibits him, as a Kohen (descendant of Aaron), from touching a corpse or cadaver.

He went to Yeshiva University in Manhattan, where he majored in biology. After graduating in 2006, he worked in the Pennsylvania Department of Agriculture Plant Pathology Program.

Yet, he still wanted to help people.

On impulse, Reuben took an Emergency Medical Technician course at Harrisburg Area Community College. After getting certified, he served as a volunteer EMT at Susquehanna Township EMS for 18 months.

“I love working in emergency medical services,” he said. “I’ve responded to shootings, stabbings, car crashes, and all sorts of medical problems. Sometimes, we take a person to hospice care. It’s emotional taking someone there.”

Sometimes, he’s all business, schlepping medical equipment to emergencies and trying to resuscitate cardiac and respiratory arrest patients. Other times, his gentle bedside manner shines through as he talks to patients and comforts them during emergencies.

Asked how he incorporates his Judaism into his job, he smiled. He said it’s not an issue for him because he maintains his beliefs and religious practices and his coworkers respect that even if they don’t understand.

“Because of my beliefs, I’m not permitted to touch a dead body,” he said. “So if I’m on a death call, my partner pronounces the person dead. I don’t work on Friday night or Saturday, so I work a Sunday through Thursday schedule. I wear a yarmulke because that’s who I am.”

When he’s not working, Reuben relaxes by running, biking, and collecting stamps and coins. Eventually, he said, he would like to become a physician assistant which would take his helping people to a whole new level.