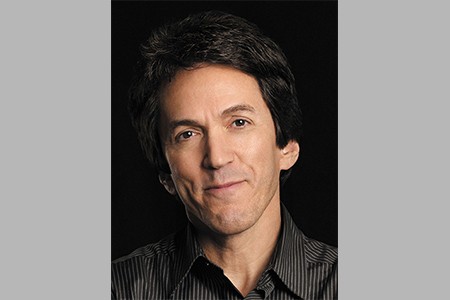 On Tuesday February 25, 2020, Mitch Albom will be appearing at Beth El Temple on behalf of Jewish Family Service (JFS) of Harrisburg.  He will be speaking about his new book, which focuses on the decision he and his wife made to take custody of Chika, a little girl orphaned after the 2010 Haitian earthquake, and  bring her to the United States to address her special medical needs.

The book tells a story that we are all too familiar with at the JFS AdoptionLinks Program.  It is a story which speaks to the many children with special needs awaiting adoption and how we can strengthen the bonds between these children and the strong and tender caregivers who choose to adopt them.

When people consider adoption, they generally think about private infant adoption, where a woman recognizes she cannot care for her unborn child and, in turn, she and the father select another family to parent their child permanently.  But Mitch Albom’s book draws our attention to two other important forms of permanency for children without a home – international adoption as well as adoption for children with special needs, including those who have experienced abuse, serious medical conditions, developmental deficits, and/or intellectual challenges.

International adoption is when a child moves between countries for the purposes of adoption.  These children are often not officially orphans, but are considered “economic orphans,” as they cannot be raised by their parents due to the unavailability of financial support, lack of stable housing and jobs,  and lack of a social safety net that allow poor families to survive.  Some children in foreign countries become orphans because of the stigma attached to parenting outside of marriage, or AIDS, or having daughters rather than sons.  Others are left in orphanages due to medical conditions their parents cannot manage or surgeries they cannot pay for.

The number of international adoptions has dropped dramatically over the past ten years for many reasons, including improved economic conditions abroad, a push for second world countries to provide better care for children in their own countries, and the implementation of the Hague Convention for intercountry adoption.  This set of international laws for participating countries requires them to ensure that children placed for adoption are in fact orphans and that their needs are best met through international adoption.  But each country is different.  Each treats its poor and unmarried mothers and orphans differently.

The story of Chika, a child that cannot be cared for by their birth family, is not that uncommon in international adoption.  Over my many years at AdoptionLinks, I have been fortunate to meet many families willing to adopt and care for children like Chika.

One such child like Chika was Aaron. Aaron’s parents abandoned him in a Chinese clinic after birth due to his diagnosis of spina bifida. Surgery in China quickly closed-up the end of his spinal column, which was part of his birth issues, but the doctors had ongoing concerns for other medical and developmental issues.  Once in Pennsylvania, however, Aaron showed he knew how to walk and run, and he learned to speak English quickly.  He adapted well, and local medical professionals see no lingering effects from his birth issues as long as he is provided with the right parental oversight.  Now he has a family here in Harrisburg instead of a life in an orphan’s home.

Families may choose international adoption for many reasons, but in each situation, they see themselves as bringing a child out of dire circumstances.  They open them up to a life of opportunity, of options, of consistent education, and health care.  Despite the small number of international adoptees coming to the United States each year, rest assured that for each child, their life is vastly improved because of it.

Every child needs a parent to stand up for them, advocate for them, and love them unconditionally.  If you are curious about International adoption or adoption for special needs children, we are happy to meet with you and guide you in the right direction.