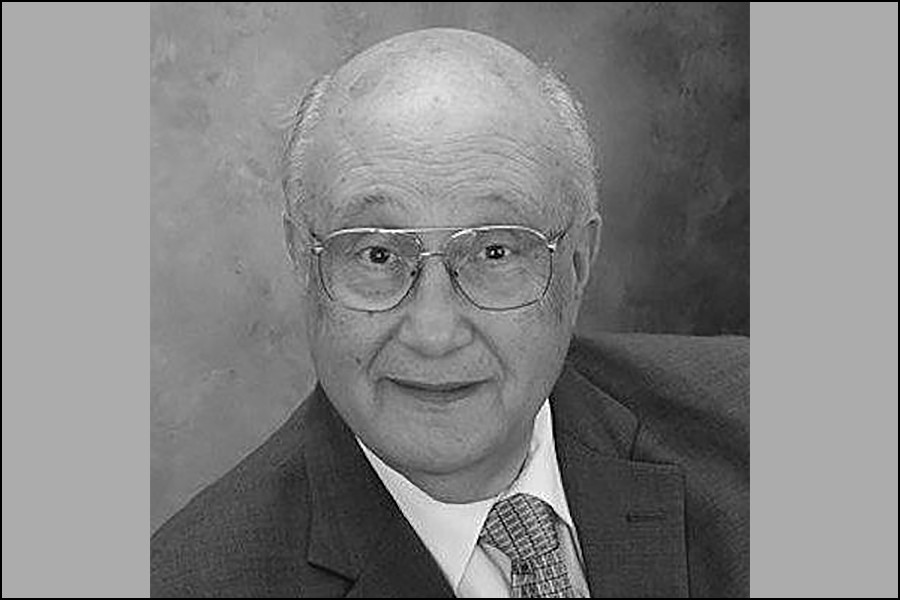 When Ed and Esther Beck first moved here from New York City in 1972, they were greeted by none other than longtime United Jewish Community Executive Director, Albert Hursh (z”l).

“Albert came out to meet us, a young couple new to the neighborhood, with a welcome wagon package of wine and goodies, literature about the Federation and the Temples, and he was welcoming and inviting,” Ed says. “His love for this community was apparent. He told us, ‘Whatever you want to do, just see me and I’ll get you in touch with the right people.’ Needless to say, we took him up on it.”

Since that day, Ed has been a part of the Harrisburg Jewish Community, whether as a board member, participant, volunteer, or facilitator. Now, he is being recognized with the Albert Hursh Leadership Award, an accolade named in honor of the very man who welcomed the Becks into the community many years ago and designed to acknowledge a lifetime of service to the community.

Both Ed and Esther are children of Holocaust survivors. “That’s something you don’t get away from,” Ed says, mentioning that he has always felt a sense of activism tied to his Judaism. “That’s something I learned from my parents.”

Ed’s first formal role in the Harrisburg community was as a board member and, later, Vice President of Jewish Family Service in the mid-70s. It was a natural fit for Ed, who in his professional life was a Professional Counselor and Counselor Educator.

He received his doctorate degree from The University of Pennsylvania and spent many years as a Counseling Center Staff member or Director and academic at NYU, Rutgers, CUNY, Penn, Penn State Harrisburg, Walden and other colleges and universities. He left academics and went into private practice and part time academic until he retired in 2012.While his professional career blossomed, he continued to stay involved, serving at various times as CRC chair, as board and committee member of the Jewish Family Service, JCC, Penn State Hillel, and Pennsylvania Jewish Coalition. He co-chaired Super Sunday twice.  He also served twice as President of the Pennsylvania Counseling Association and as President of the American Mental Health Counselors Association, also serving as a journal associate editor and on accreditation board. He co-wrote the original training standards which brought professional mental health counselor licensure to all 50 states.

In the late 1990s, as the internet was coming to the forefront, Ed felt a need for a centralized news service for Jews in the area. His career lent him early access and savvy with computers. “I was being digital anyway,” Ed says. “I thought ‘how hard could this be?’” Pretty soon, Ed started a Yahoo group which evolved into what is now known as Kol Central PA, a more-than-weekly listserv featuring local Jewish events, programs, and news, as well as national and international articles of interest.

“I just figured people would want to know what’s going on,” Ed says.

In 2002, Ed became a co-founder of Scholars for Peace in the Middle East (SPME). With his academic background, he wanted to find a way to engage scholars in a way that would be seen as unbiased and objective.

“Our position was that you didn’t have to be anti-Palestinian to be Pro-Israel,” Ed says. “These were just narratives, but peace in the Middle East was what it was really all about.”

Ed says that the group was spurred by the growing BDS movement in Europe and around the world. “We wanted an interdisciplinary group of faculty-to-faculty on college campuses that would counterbalance the old negative tropes about Israel.”

The group had a mailing list which quickly grew to 100,000 members. “We have worked with some of the finest interdisciplinary scholars  not just from  Jewish and Israel studies but other fields as well including over 50 Nobel Laureates who at one point or another signed on against BDS. We worked with, major Jewish organizations and the the Israeli government and universities through this group,” Ed says. “We thought that BDS was the issue that most academics would eschew, and it was important because that’s how it all started with Nazi Europe.”

Ed left both SPME and his counseling practice in 2012 after his grandchildren were born, but still contributes much of his time to working in the Jewish community through both Kol Central PA and with the Community Relations Council.

Last year’s recipient of the Hursh award, Marty Brill, says there was unanimous support for Ed’s nomination for the honor. “I have had the privilege of working with Ed Beck in a variety of capacities within the Community Relations Council over the years,” he said. “I always admire his selfless dedication and commitment to advancing Israel education, promoting positive relations with our broader community, and his efforts to always be inclusive in our communal work.”

Ed credits his family with his passion for working in the Jewish community. “I became more Jewish when I met Esther,” he says. “None of what I’ve been able to achieve would have been possible without the love, support, and sacrifices from Esther, with whom I have been for nearly fifty-five years.”

Currently, Ed serves as a board member of Historic B’Nai Jacob, a place close to his heart. Having a young family living without family supports in Hershey, he, Esther and many of the Jewish Hershey Medical Center residents and physicians would meet at the synagogue in Middletown for Hannukah parties, Purim Shpiels, and other observances.  A few years ago, at age 67, Ed finally became a Bar Mitzvah at the synagogue, where Andrea Leiber and Ted Merwin officiated.

“I was a real jock as a kid and that’s why I didn’t become Bar Mitzvah’d in my youth,” Ed says. “A lot of my early involvement here was through the sports and fitness department, swimming in the pool and hanging out in the health club with the old-timers like Herm Minkoff (z”l) and Maish Raffel (z”l).”

Even after more than forty-five years here, Ed still sees room for growth in the community. “My hope for this community is that people will see what potential it has and support it,” he remarks. “I think the community is poised for growth.”