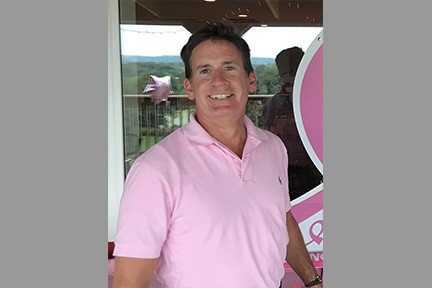 Chris Baldrige’s ties to JCCs go back to his childhood. Growing up in Allentown, PA, he was a member of the local JCC and participated in a lot of the same programs that we have here.

“I had a great experience with the swim team,” he says. “I have memories of coming to compete against Harrisburg JCC.”

As an adult, Chris has been a member of the Harrisburg JCC – taking advantage of the personal training and being involved in various programs and fundraisers. Now, Chris’ JCC journey has come full circle – he became one of the newest members of the Jewish Federation of Greater Harrisburg’s Board of Directors in late 2020.

“It’s a great organization that is really committed to the broader community,” he says. “It really is a gem in Harrisburg.”

Chris, who is currently the executive director of the Harrisburg Public Schools Foundation after spending nearly thirty years in education, says that he hopes to bring his people skills, love of the community, and philanthropy to work on behalf of the organization.

“I was always raised to give back to my community and do anything I can to help others,” he says. “I’m looking forward to continuing to expand that and spread the footprint of the JCC further in the community.”