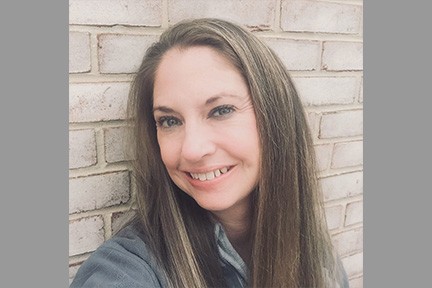 The Harrisburg JCC is excited to announce that a familiar name and face will be leading our programming department.

Sports and Fitness Director Terri Travers will be taking on the role of JCC Program Director, bringing her creativity and energy to all corners of the JCC. Terri will continue coaching youth on and off the basketball court, while expanding her reach across departments.

“I am excited for the chance to continue to grow and make a bigger impact in our community,” Terri says. “There is something so special about being in this building where we get to interact with members of all ages – I love watching how everyone comes together to be a part of something bigger than themselves, and as staff members, we get to be part of that.”

Terri was the clear choice after a competitive process attracting fifteen candidates and multiple interviews. Terri has been with the JCC since she started as Sports and Fitness Director in the early 2000s, and has a proven track record of building and maintaining community through high-quality programming. She is always quick with a smile and a joke, and brings the energy needed to lead in making an impact in all the lives served by the JCC/Federation.

She’ll start her expanded role by gearing up for summer camp and planning other activities across the community. “We’re getting ready for a really exciting adventure this summer and as we move forward, I’m thrilled to be involved with creating community programming that can bring us all together.”

Terri fills an absence created after the departure of Lori Rubin, who worked as the Federation’s Associate Executive Director from 2020 to early 2022. Lori recently took on the same role at the Katz JCC in Cherry Hill, NJ. As part of that transition, Macy Deskiewicz was promoted to Assistant Camp Director and Assistant Children and Youth Director, where she’ll oversee the After Care/Vacation Day program, as well as PJ Library. Jacquie Wise was also promoted to work closely alongside Jodi Meloy as Assistant Director of the Brenner Family Early Learning Center.