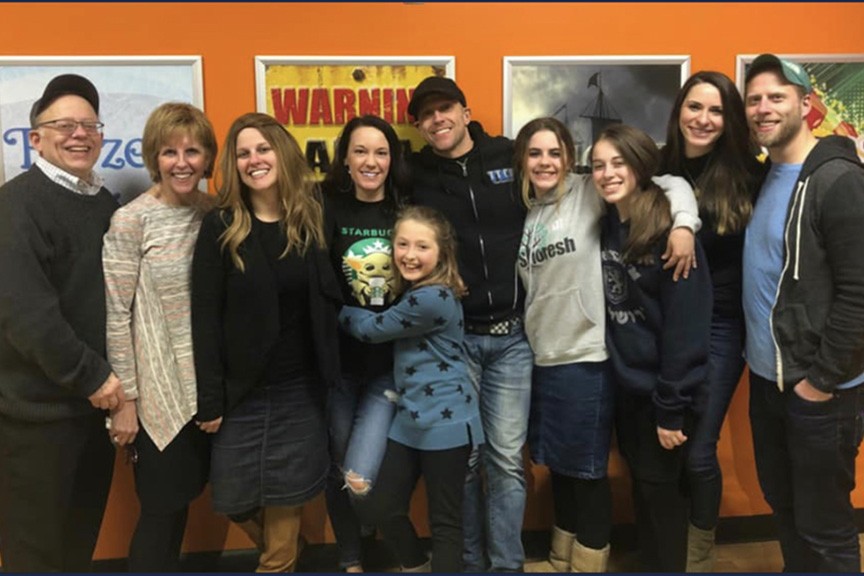 Norman Gras proves the saying “the apple didn’t fall far from the tree.”

Norman, owner of Norman Gras Kosher Food Consultant, followed his mother, the late Fanny Gras, as the best-known kosher food expert in the midstate. She spent decades working as the kosher caterer for the Jewish Community Center. When she retired in 1979, her son, Norman, took over the job. He’s been at it ever since.

“I grew up here,” Gras said, clearly at home at the JCC on a recent day when he prepared meals for the Early Learning Center, The Silver Academy, and the Senior Adult Club. “When I was young, I helped my mom inventory the plates and silverware here. Year later, when I was in college, I worked in a kosher restaurant in New York City.”

These days, he prepares food for Jews of all ages both in and outside of the Jewish Community Center. He keeps a kosher kitchen, follows Jewish dietary laws, and prepares dairy and meat entrees separately. Each has their own dishes, pots, and utensils.

“We have up to 120 children ages 2 to 5 in the Early Learning Center,” he said. “I have to be aware of their peanut allergies, gluten allergies and dairy allergies. Today, they’re having meatloaf made with ground chicken, roasted potatoes, green beans, romaine salad, cantaloupe, and water.”

Food for the youngest children must be cut into very small pieces. Apple slices must be served without skin. The toddlers drink water with their meals and 2 percent milk with such snacks as whole grain cereals, cucumbers, peppers, and more.

“We don’t serve chicken nuggets, hot dogs, or fish sticks,” she said. “We bake instead of fry. We serve chicken, turkey, and vegetarian menus. The kids plant spinach, lettuce, kale, means, beets, onions, and more in our garden, then we use them in our kitchen.”

Gras said he also doesn’t serve many white potatoes, instead turning to sweet potatoes. “We haven’t had peanuts here for 22 years,” he added. “The parents know that their kids are eating healthy here and they are taking care of the earth, too.”

Sometimes, Gras gives the children a summer picnic. They sit on blankets and eat cheese, turkey or tuna sandwiches, vegetable chips, and fruit, and drink ice water. He also makes lunch for about 40 Silver Academy students who eat everything from hamburgers to tuna fish, hard boiled eggs, and a daily salad bar.

“We serve them a lot of steamed vegetables and Greek yogurt for protein,” he said. Barb Marvel works as Silver Academy food manager.

Gras said his easiest meals to prepare are the Tuesday and Thursday lunches for the Senior Adult Club.

“I also cook for special events at the JCC,” he said. Jennifer Ross, Jewish Federation of Greater Harrisburg president and CEO, said she always looks forward to his “appetizing and delicious meals at our events.”

Gras, a member of Kesher Israel, also consults with various clients, including Fresh Express, the Giant bakery, Sensational Sweets of Lewisburg, and more.

He also caters everything from weddings to Bar/Bat Mitzvah meals and collaborates with other caterers to bring kosher food to clients throughout the midstate. In addition to a wide variety of meals, he offers hors d’oeurves, sushi stations, fondue stations, chocolate stations, carving stations, tempura stations, and Viennese tables.

Gras and Cheryl, his wife of 44 years, have two sons, one daughter, two grandsons and five granddaughters.

Asked what he does for fun, he smiled. “I like to go to Baltimore where my three children live,” he said. “I just completed a 7 ½ year study of the Talmud,” the collection of rabbinic teachings that covers Jewish laws and tradition. “I like learning.”