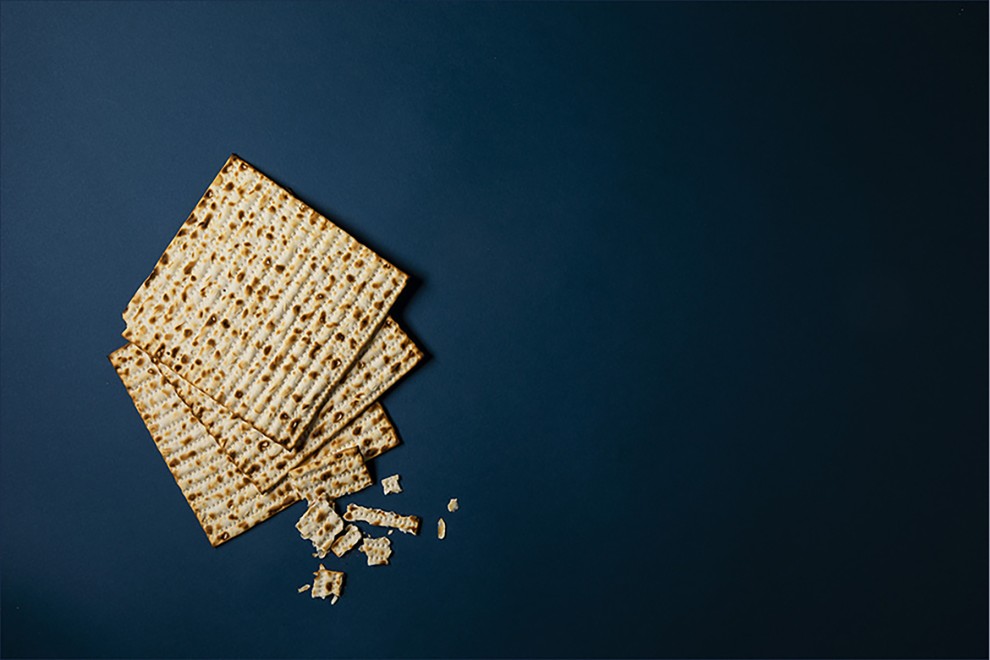 Zei Gezunt (Stay Healthy)! The coronavirus pandemic has upended life as we know it.

These days, it’s elbow bumps rather than handshakes, virtual meetings instead of face-to-face ones. Using hand sanitizers, wearing face masks, and practicing physical distancing are all the norm.

So are the closed Jewish Community Center, shuttered shuls, and smaller seders.

The Pesach seder, perhaps the most widely observed Jewish holiday ritual, includes reading the Haggadah, including the Israelites slavery-to-freedom story; singing special songs; drinking wine or grape juice and eating such traditional foods as matzah, haroset, karpas and everything from matzo ball soup to gefilte fish to beef brisket.

For many, the seder is a stable part of an ever-changing world. Yet this year’s seder guest shrunk as gatherings nationwide were limited to 10 people to contain the spread of COVID-19.

Those who held seders at home this year had smaller guest lists. Seating was spread out. Larger and public seders were cancelled. Some people held family seders by using Zoom conference or other technology. Others ate alone – the seder stripped of the joyousness that should accompany a traditionally communal meal.

Rabbi Elisha Friedman of Kesher Israel said that in this “generally miserable and uncertain time” Jews have the opportunity to focus on Passover without distraction in a way they aren’t able to in happier years.

“When we have tons of family and guests getting together, we often end up focused on the hustle, bustle, preparation, menus, and all the other exciting aspects which make holidays joyous,” he said. “This year in the absence of all that, we can reflect on the core teachings of Passover which are that God saved the Jews from Egyptian slavery, took us to be His people and gave us a mission in the world and a promise that we will be redeemed once again.”

Rabbi Eric Cytryn of Beth El Temple urged his congregants to have at their seders only those who live with them.  “This year, people could invite others to livestream or Zoom. We encouraged social distancing and voluntary isolation as the medical professionals urge us to do.”

Cytryn said that at the first seder at the Passover meal in Egypt, “you could not leave your home because the plague would only be lifted for those with blood on their doorposts. This is more like the original Passover.” He said that Jews this year should celebrate what they have instead of focusing on what they don’t have.

The rabbi himself plans a traditional seder with a Zoom with extended family and others. He also plans some “silly riddles” because “there’s a tremendous amount of anxiety this year, so some humor is well earned.”

Mandy Cheskis, who frequently has up to 40 people at her seder, this year has five – her husband, Joel, and their children. “This year we have a simple seder but we will do the rituals,” she said. Dr. David Bronstein planned “a quiet seder at home.”

Corky Goldstein, his wife, Linda, and their daughters in other cities are having a “Zoom conference” seder this year. “Technology can allow you to bring your family together,” he said.

Michael Sand called seders “the biggest family gatherings for Jews. This year they are being dramatically downsized into something we have not experienced before. We Jews value our families and they won’t be there.”

He and his wife, Diane, will hold a seder with the rituals and Haggadah reading “but it will feel empty without the family here. Even doing it virtually isn’t the same thing.  It’s a big change for every Jew in the world.”

Rabbi Carl Choper of Temple Beth Shalom has told his congregants that “we are all in this together.” He advised his members to “try to think of this time as an extended spiritual retreat which we can use to gain some greater perspective on our lives.” He reminded them to “stay connected in spirit and through communication.”