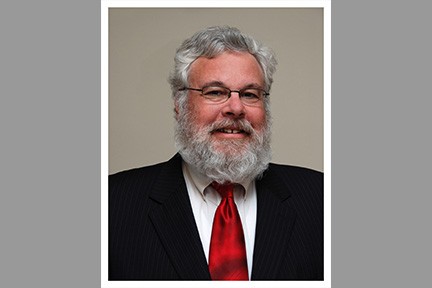 Rabbi Eric Cytryn is a builder – it’s in his blood.

As a child growing up on Long Island, his parents, observant Jews, helped to found and literally build a synagogue.

Throughout his career as a Rabbi, he has followed that blueprint – building relationships and new bridges to traditional Jewish worship through two of his greatest passions: interfaith work and music.

Both of these passions are rooted in the need for experiences. “Read any novel about modern Israel by one of the great authors,” Rabbi Cytryn says. “That doesn’t take the place of walking through the streets of Jerusalem or hiking through the Galilee.”

Rabbi Cytryn first felt the impact of exposure through his summers at Camp Ramah, where he attended as a camper for six years and later became a staff member for about a decade.  It was here where he first saw the power of blending the secular and traditional. Guitars and campfires could be used, and even facilitate, a spiritual setting.

“Ramah gave me sensitivity toward Jewish prayer and communal life that I would not have gotten simply from going to afternoon Hebrew school,” he says. “That really directed me toward being an observant Jewish adult.”

Always a student of music – he began playing guitar in his youth and counts Joni Mitchell, Richie Havens, and of course, the Grateful Dead, among his influences – he noticed that the feelings that bubbled up inside him when performing on guitar were similar to those he felt should be present in a traditional Jewish setting.

“Perhaps I look at services differently,” he says. “For me, and many people I know, singing the songs is an integral part of Jewish spiritual expression.”

This musicality would serve him well during his first rabbinical job in the city of New Orleans, but not before he overcame a large obstacle.

“A major part of growing up for me was my stutter,” Rabbi Cytryn says. “I had a stutter as serious as you’ve ever heard, throughout my youth all through my undergraduate years.”

When he applied to rabbinical school, he was told by the dean of admissions that his communication skills would hold him back and that there was only so much patience any congregation would have. He recommended a speech pathologist in New Jersey. “I began to see him in October of 1975 – and by January of 1976, I gave a sermon from the pulpit without stuttering at all.”

After graduating and moving to New Orleans, he began to build the bridges of interfaith work that would lead him throughout his career.

“New Orleans is a very Catholic city,” he says. “You know when things like Palm Sunday and Fat Tuesday are happening.”

Rabbi Cytryn had always been appreciative of faiths outside of Judaism. His mother worked as a non-governmental observer for the Conservative movement at the United Nations, where she had luncheons with Catholics who would ensure kosher meals were available for her and other Jews.

“The first time I went to any Christian service I was about six years old,” he says. “My parents told me that we’ll stand up when they stand up, but that we would stay in our seats when they offer people wine and wafer. But we’ll be respectful.”

This nature of respect served him well as he made connections with curious clergy in New Orleans, including one who wanted to study Biblical Hebrew with him. “At first, I thought he might want to convert me,” he laughs. “But we ended up studying parts of the Book of Isiah.”

After moving on to a twelve-year stint as Rabbi at Congregation B’nai Amoona in St. Louis – the only synagogue he has led where he was complemented by a full-time cantor - he came to Harrisburg in 2003 to become the spiritual leader of Beth El Temple.

It is here that he has been most successful in melding both Jewish worship and life with the outside world. “It’s not a ten foot wall, but a wall with many doorways and windows,” he says of the boundaries of both music and different faiths. “At some point, you’re not happy any longer just looking at the other side – you want to experience it.”

While Rabbi Cytryn was always involved in interfaith work, he says that Harrisburg has the strongest such community that he’s experienced. “Part of what we do as rabbis is work to make the world a better place,” he says. “We really have done a great job in Harrisburg of helping members of other faith communities feel as welcome in any interfaith program as they could possibly feel.”

Federation CEO Jenn Ross says that she will miss Rabbi Cytryn’s presence at community events. “I appreciated his support writing several prayers to share when I was asked to represent the Jewish community at interfaith services and programs,” she says. “Rabbi Cytryn is widely recognized by clergy and members of their congregations as a welcoming member of the Jewish community.”

Rabbi Cytryn feels that his time in Harrisburg has been well-spent. “Usually, it’s with the congregation that I feel most connected to G-d,” he says. “My wife, Amy, and I came here in 2003 and we really did not know what to expect. We came to a congregation filled with wonderful, nice people who were honest with us and who were ready to look at the next period in the congregation’s evolution.”

Bill Walter, Executive Director of Beth El, says that he will miss the in-depth conversations of Judaism he shared with Rabbi Cytryn. “He’s so knowledgeable about Judaism’s history and relating contemporary topics with the past,” Bill says. “I’ve been in awe of his knowledge, his generosity, his kindness, and his love for the community.”

Beth El President Rick Leiner says that Rabbi Cytryn’s leadership abilities and stability will be missed.  “I could always learn something and relate to what he was saying during services,” he says. “The knowledge that he shared with his entire congregation made us more Jewish-minded.”

The community still has the opportunity to share its appreciation of Rabbi Cytryn. While a previously planned, in-person weekend of events was forced to be cancelled due to the public health crisis, Beth El leadership has organized a Zoom Celebration on August 23 beginning at 10am, followed by an in-person parade at Beth El Temple. Rabbi Cytryn will be in attendance and looks forward to greeting all attendees.

“We’ve had a great 17 years here,” he says.  “I could not imagine being in a better place at this point in my career. We are very grateful to the entire community.”