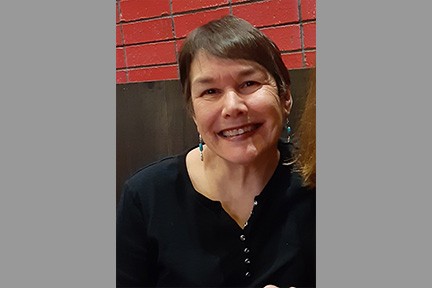 Lillian Rappaport knows five languages – English, French, Spanish, Yiddish, and Hebrew – but her sixth language has dominated her career, the language of teaching.

Over the past few decades, she has taught the basic and fine points of Jewish life to thousands of students.

Few teachers have been as well-suited to their jobs as Rappaport, who grew up in Harrisburg and spent a lifetime learning and teaching Jewish studies.

“I attended the Yeshiva Academy for nine years and, like others of my generation, practically lived at the Jewish Community Center when growing up,” she recalled, calling the JCC her “second home.”  After graduating from Susquehanna Township High School, she went to the University of Pittsburgh, where she majored in French and Spanish and minored in Hebrew.

She also did both undergraduate and graduate work at the Hebrew University of Jerusalem and later received an honorary doctorate from Hebrew Union College-Jewish Institute of Religion in 2010.

Rappaport began her teaching career in Brooklyn, teaching French and Spanish at the Yeshiva of Flatbush High School. In 1987, she and her husband, Ira, moved back to Harrisburg with their infant son.

“We moved here so I could help my mother, who was very ill,” Rappaport said, adding that her mother died less than two years later.

In her early years back in Harrisburg, her love of teaching Judaic studies led her to start teaching at religious schools at Temple Ohev Sholom, Chisuk Emuna Congregation, and Beth El Temple. She was a Judaic consultant and later director of the Federation's Jewish Teacher Resource Center. She directed the Harrisburg Hebrew High School for over twenty years; in addition, she taught French and Spanish as a volunteer at The Silver Academy.

“The value of Jewish education can’t be overemphasized,” Rappaport said. “My Yeshiva Academy (now Silver Academy) education is a lifelong gift my parents gave me. Many of the values by which I have lived my life were taught to me there.”

Jewish parents can choose either a day school education such as the Silver Academy or a congregational Religious School to have their children learn about their faith and practices. Temple Ohev Sholom has its own Religious School while Beth El Temple, Chisuk Emuna Congregation. and Temple Beth Shalom offer Jewish education through Gesher, a collaborative program.

“Teaching Religious School is like filling a Jewish tool box or teaching the students to read a Jewish menu,” Rappaport said. “You teach them about different aspects of Judaism - then, like a menu, they can make educated choices about the kind of Jewish life they want to lead.” She has taught various ages but especially enjoys teaching teenagers.

During her 26 years at Temple Ohev Sholom, she worked with four rabbis: Rabbi Jeffrey Weisblatt, Rabbi Daniel Polish, Rabbi Daniel Wiener, and Rabbi Peter Kessler. She said that despite their different styles, all were very supportive of her work and adored the children.

“In the second grade, our children learn about the importance of their Jewish names,” she said. "Sometimes, if a child does not yet have a Jewish name, we work with the families to find a meaningful name for the child. "

"We stress middot, or values. At Hanukkah, rather than have class parties or grab bags, the children make contributions to Downtown Daily Bread, a soup kitchen in downtown Harrisburg which feeds the homeless and other needy populations.  Each Sunday, children bring in canned goods and non-perishable food items for the Jewish Family Service food bank. It's important that our children realize how blessed they are and that, as Jews, we have the responsibility to help those less fortunate.  Values such as tzedakah and tikkun olam, repairing the world, are taught to every age group."

Over the years, Rappaport has seen changes in Harrisburg Jewish parents.

She expressed concern that some students end their formal Jewish education at bar/bat mitzvah. Education, whether secular or religious, should not stop at age 13, she added. “The Hebrew High (now Sababa) program was created to educate post-b'nai mitzvah teens.  It meets on Sunday afternoons and is attended by students from local congregations (as well as by unaffiliated students).  Rabbis, educators, and lay leaders instruct a wide variety of stimulating courses to challenge the teens and enhance their Jewish knowledge.  The program culminates in the senior year program, The March of the Living, a two week educational experience where students travel to Poland and Israel to bear witness to the events of the Holocaust and to celebrate the establishment of the Jewish homeland in the State of Israel.”

Rappaport, the Jewish Community’s Holocaust educator emeritus, said that, in Ohev Sholom's Religious School, Holocaust education is introduced through the use of age-appropriate materials beginning in 4th grade and more intensively in the 7th grade, in a course that she personally instructs. She is passionate about the relevance of Holocaust education, noting that both her parents, z"l, survived the concentration camps. Her mother was liberated from Alach, a subcamp of Dachau, and her father was liberated from Buchenwald. Rappaport’s parents met in a displaced person's camp in Germany and came to the United States in 1949, settling in Harrisburg. "When my parents arrived in Harrisburg, they were penniless, didn’t speak the language, or understand the culture,” she said. “I am so deeply grateful to this Jewish community who helped them start their new lives. It has been an honor and a privilege to serve this community to pay back the many kindnesses extended to my family. My mother was especially grateful to Rabbi Silver, z"l, and to his school, who, in her words, ‘made Jews out of my children.’"

She and her husband, Ira, made travel plans which unfortunately have been put on hold due to the COVID 19 pandemic. She said that once a vaccine is developed, they will revisit those plans.

Rappaport, whose youthful energy has never lessened over the years, smiled when asked why she’s retiring.

“It's time.  It's time for a new generation to take the lead."

She regrets that, because religious school came to such a quick and abrupt halt in March due to COVID 19,  she didn’t have the chance to say goodbye to her beloved teachers, parents, and students at Temple Ohev Sholom.

“Serving as educator at Temple Ohev Sholom's Religious School all these years was my dream job and was the most wonderful professional experience anyone could have. I will miss everything about it.  The teachers became my extended family, the parents were lovely, and I just adored the kids. I'll especially miss Rabbi Peter Kessler. Peter and I were not just colleagues but became close friends and partners in the twenty years we worked together.  Working with him was extraordinary on many levels. I left my job at Temple Ohev Sholom with the warmest of feelings for this very special congregation."

Jason Graf, who succeeds Rappaport, has extensive experience working in religious school settings. “Jason is terrific. A perfect choice for the position. He's smart, he's talented, he's got great people skills.” Rappaport said. “He's lucky to be working in such a wonderful setting. I wish him the very best.”