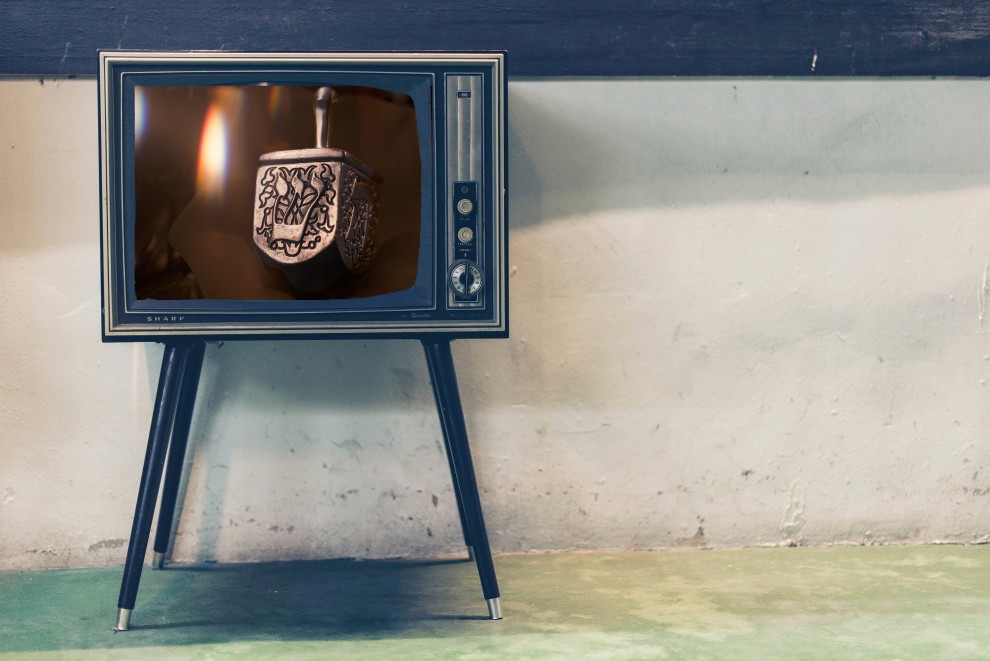 “Imagine,” Mark Golub says, “that the Jewish community is starting out without a serious Jewish television channel and they wanted to create one. One that feels and looks like any other American channel. What would we want to see.”

These are just some of the highlights that Mark, the President and Founder of Jewish Broadcasting Service (JBS), names as important to Jews in America. “JBS has all of this,” he says. “It is the most relevant, informative, exciting, mass-educational initiative in the Jewish world today.”

When the network was founded in 2006 as ShalomTV, it was hosted by Comcast’s On Demand feature and was the first Jewish TV network offered on a major provider in America.

Eventually, Shalom TV realized it needed a regular channel to be able to reach their audience. They began shifting toward partnerships with TV providers, one by one, and rebranded as JBS in 2014.

“Today, JBS is available in more than 45 million American television households,” says Mark. “It is carried on every major TV system in America, except one: Comcast.”

Comcast is the largest, terrestrial cable system in America. Mark says that it can be viewed in more secondary Jewish markets than any other TV provider, and that while it’s not available in the largest markets of Manhattan and Los Angeles, it is available in most others, including Harrisburg.

Mark and his staff have engaged in several conversations with Comcast programming executives, encouraging the provider to carry JBS, but to no avail.

“Every month we send them emails from Comcast viewers, who ask why we’re not on Comcast,” Mark says. “Comcast has told us that they have no answer, they simply cannot do it. While they have multiple channels of Christian services on Sunday mornings, they will not air this channel which has Jewish services on Saturday mornings. It is an insult to their Jewish customers.”

Comcast did not respond to multiple requests for comment for this story.

Local community members who are familiar with JBS’ programming hope that Comcast will rethink its decision to not air the channel. “JBS offerings continue to eclipse all my expectations,” says Myra Sacks. “From its rebroadcast of services from New York’s Central synagogue, to its daily Israeli news broadcast, films, children’s holiday programming and outstanding adult Hebrew language classes, there is such a marvelous breadth to its programming.”

Mark says that JBS does not charge TV providers for the rights to carry the channel, and that Comcast has the technology to begin airing JBS’ programming at any time. “It is beyond fathomable that Comcast is telling its subscribers that they cannot have access to the most significant Jewish channel airing in America today.”

He encourages Comcast subscribers to write to Comcast’s programming department in support of JBS and to request carriage of the channel. “We represent American Jewry,” he says. “This is a Jewish channel and the Jewish community has a certain place on the American scene which must be recognized.”

While the channel is not available on Comcast, viewers can watch the channel’s content on DirecTV, Roku, and online at JBSTV.org.

Mark says that he works hard to run the network as a non-profit service to the American Jewish community and the American community at-large. I get emails from people saying it’s hard to be a Jew in Nashville or Austin because it’s not always where all Jewish cultural events are happening. JBS brings us to Jewish cultural events, encourages learning, and provides Jews with valuable programming. It’s everything the Jewish community always wanted and never had.”

Those wishing to request Jewish Broadcasting Service on Comcast can write to JBS at mail@jbstv.org. JBS forwards all messages to Comcast’s Programming Department.