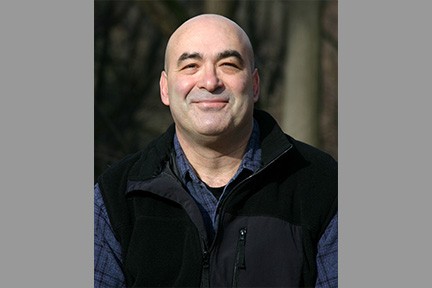 In the book, Dr. Bronner “charts the contours and boundaries of Jewish cultural studies and the issues of Jewish culture that make it so intriguing,” according to Wayne State University Press. Throughout the book, he illustrates the changing landscape of American Jewish identity.

“Several chapters of the book deal with emerging rituals – for example, not just to look back at Passover, but the idea of a virtual Seder, and whether that’s here to stay,” Dr. Bronner says.

As a noted folklorist, he finds deep meaning in not just practice, but culture. “There is so much down-to-earth expression and performance that just comes around the dinner table in the telling of stories and the artwork people did,” he says.

Dr. Bronner finds these expressions to be crucial to understanding Jewish identity.

“Legends, Jewish humor – they’re not just marginal to what it means to be Jewish,” he says. “They should be analyzed to reveal what’s on peoples’ minds – we project onto those expressions some of our innermost feelings that are difficult to broach in everyday conversation.”

Now working as a Dean of General Studies at the University of Wisconsin-Milwaukee, he still considers Harrisburg home. “There’s a great deal of Harrisburg in the book, having spent thirty-five years there,” he says. “I really appreciate the community because I think it is – not exactly a microcosm, but – very revealing about modern Jewish culture in that it’s not the big city of New York, it’s not the rural hinterlands, but one of the really mainstream, moderate-sized cities in which Jews have to navigate their identities.”

Dr. Bronner is currently working on a spin-off of the book, exploring adapted and new rituals in Judaism, and also hopes to soon tell the story of his family’s experience during the Holocaust, including the birth of his father in Auschwitz.

Jewish Cultural Studies will be recognized on April 6 during the 71st National Jewish Book Awards Virtual Celebration. Tickets are available to the public at Jewishbookcouncil.org. Bronner hopes to have the support of the Harrisburg community.

“Harrisburg is where my heart is, and always will be,’’ he says.