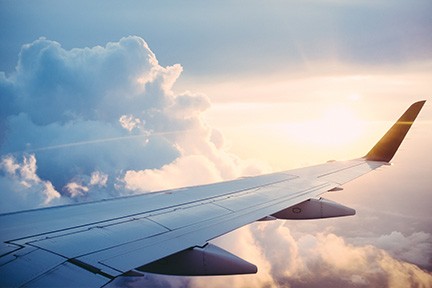 Michael Coleman misses going out to dinner with friends.

Arlynn Weber would like to go back to the gym and travel. Kristin Messner-Baker misses seeing her children hang out with friends and be able to go to movies, dances, and football games.

As the nation marks one year of restrictions during the COVID-19 pandemic, community members look back at what they’ve missed, straight on at how they’ve adapted, and ahead to what they plan to do when restrictions are lifted. Whatever else COVID-19 has done, it has proven the adaptability and resiliency of the Harrisburg Jewish community.

Messner-Baker, who owns the Vegetable Hunter, a kosher, plant-based cafe and boutique brewery in Harrisburg, said that the pandemic hit her professionally and personally.

“It was really shocking to have everything come to an abrupt halt when everything was closed down in March 2020,” she said. “We had to close our upstairs restaurant. At first, we had to cut back on our staff because we did not have the sales to support it.  It was kind of like going through stages of grief. Then we realized we had to get busy and put all of our efforts into making sure we made it through.”

On the home front, Messner-Baker saw the toll the restrictions had on her children. She said they missed exploring new places, going to museums, seeing plays, and eating in new restaurants.

Coleman said he missed connecting with friends in person “and having a normal life.”

Klein sounded wistful while describing missing her grandchildren ages 3 to 12.

“I’ve seen them outside but I’ve not been inside their house or hugged or kissed them,” she said. She said her planned family Disney cruise was cancelled and that she missed celebrating holidays “in person.”

During the past year, Weber missed her former daily routine ranging from gym visits to getting together with friends.

Somehow, everyone adapted to the new normal of COVID-19.

Klein turned into what she calls “the queen of Zoom. I started taking classes on Zoom. I took classes on reading and speaking Hebrew. I have a study group.”

Weber also did some remote learning, connecting to the Institute for Jewish Spirituality at 12:30pm daily. She was intellectually and spiritually stimulated as she studied the Torah and other topics.

“This seemed to relate to me,” she said. “Some of the reading exercises really helped get me through a lot. Technology is not my strong point and I had to learn a lot of new things. Now, we depend on Zoom because it’s all you can do now. But after a while, you sure want to do things in person.”

She said that from the pandemic’s beginning, she started keeping a folder with articles about it. She also had a calendar, crossing off each day and circling days which the Governor used as benchmarks, whether or not they actually happened. She began exercising remotely instead of going to Gold’s Gym or the Jewish Community Center.

To deal with the loss of social events, Weber began baking more and giving away her homemade treats such as chocolate chip coffee cake. She and her husband shopped online, then went to Giant where employees would “bring the groceries out and put them in our trunk.”

When restrictions are lifted, Weber wants to spend time with her family and travel to the Tree of Life synagogue in Pittsburgh and the Flight 93 National Memorial in Stoystown. She plans to be cautious in her travels although she has had her two vaccine shots.

Klein said that she caught up with some friends from her driveway or by being socially distanced outside. Her grandchildren had car parades for their birthdays.

“When this is over, I want to hug my grandchildren, go to the Hershey spa, go to Broadway shows, and take a Disney cruise, which I booked for December for the whole family.”

“We all learned lessons this past year,” she said. “We learned to cherish each day because we don’t know what tomorrow will bring.”

Messner-Baker said COVID forced her to do some “major adapting” at work, adding new features and being creative. Consequently, her business grew and she was able to make lemonade out of the lemon of a business interruption.

“We had some really good things happen that I am really grateful for,” she said.

“We became a kosher certified restaurant and brewery,” she said. “We expanded our delivery services.  At one point we were even delivering orders ourselves.  We had pandemic specials. We made food for frontline workers.  We continued to work on finding a property for our second location.  We began the process of getting some of our food and drinks ready to be sold in grocery stores.”

On a personal note, Messner-Baker and her children  “talked a lot more, played many board games, and watched some great movies.”

Unlike the others interviewed for this article, Jeff Baron said he was able to maintain his regular routine during the pandemic with “no changes in my life.” He said that the winter weather caused him more hardship than the pandemic, though he is looking forward to restaurants having more availability and reopening.

So is Coleman, who said he stayed home during much of the pandemic.

When Coleman goes to the grocery store “I don’t schmooze,” he said. “I stay away from as many people as I can. If someone needs a good deed or help, I mask up, glove up, and do it.”