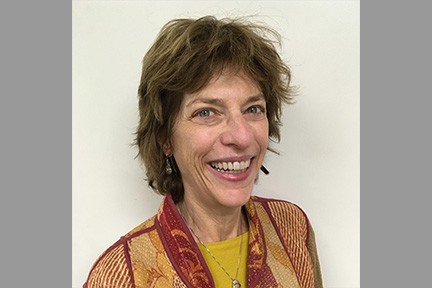 When you type “ChaiFlicks” into your web browser, you never know what will come out the other end. The streaming service is like a portal into a more creative, musical, rich, Jewish world.

“We’ve been called the Jewish Netflix,” says Heidi, who spent many of her formative years in Harrisburg. “We have all kinds of programming – feature-length films, documentaries, music videos, dance videos, and pieces from the Jewish Women’s Theatre.”

Heidi moved to the area with her family when she was three years old and lived here until college, growing up on Green Street in Harrisburg and spending lots of time at the nearby JCC. She was heavily involved with Jewish Center Youth, a popular youth group at the time.

“I have many friendships from those days,” she says. “You could meet people from all over the area. I also lifeguarded at the pool and was involved in community work.”

Heidi went on to get law and education degrees. She worked in both those professions before moving to California, where she lives with Neil Friedman, her significant other. Neil is a film industry veteran who started Menemsha Films, a Jewish-focused film distributor. Menemsha is a major supplier of films for Jewish film festivals across the continent.

“We met the first day of college and got back together again,” she says. “We’re now partners in the business, which specializes in Jewish and Israeli films and distributes them all throughout North America.”

The duo have done extremely well in distribution, with various films being bought by big-name streamers or nominated for Academy Awards. They looked to branch out, envisioning a Netflix-type service that could connect their content with interested audiences around the world.

“We launched ChaiFlicks the same week everything shut down last year,” Heidi says. “It’s a one-stop shop for Jewish and Israeli programming.” The service provides a mix of Menemsha’s back catalog alongside new programming.

“I got ChaiFlicks subscriptions for all my nieces and nephews because the older films that Menemsha has are so great,” says Julie Sherman, co-chair of the Edward S. Finkelstein Harrisburg Jewish Film Festival. “Because of ChaiFlicks, people who have seen films at the Festival now have an opportunity to revisit them.”

The name “ChaiFlicks” suggests that the offerings extend beyond traditional Jewish film themes of the Holocaust, though the service streams many pieces on that subject, as well.

“As many stories as we do know about the Holocaust, there are many that we don’t know,” Heidi says. “But the richness of Jewish culture is more than just that – there’s a lot of tikkun olam, tzedakah, learning, and humor that emanate from our films.”

As the lead programmer for the service, Heidi scours the world for content that would fit alongside ChaiFlicks current offerings, which include titles as diverse as YidLife Crisis, I Am a Mountain Jew, and Asia, a new film starring Shira Haas of Unorthodox and Shtisl fame.

“Like Alice in Wonderland, I go down the rabbit hole – talk to filmmakers, watch a lot of programming, and think about our audience and what would appeal to them.”

For Heidi, the Jewish consumer’s taste can be a difficult one to define and satisfy.

“The Jewish audience is highly educated, pretty sophisticated, discerning, and not afraid to tell you their opinion,” she says. “So, that’s what I do – I try to find undiscovered gems, go back in time to find older films that are highly acclaimed, and always try to identify the next thing that offers something new and interesting to our audience.”

Browse all of ChaiFlicks offerings and receive a free 7-day trial at www.chaiflicks.com.