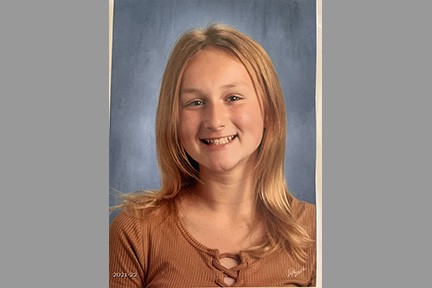 The following essay was written by Ryleigh Bourassa, a 7th grade student at Cross Roads Middle School and member of Temple Ohev Sholom, and received first prize in the Schwab Holocaust Essay Contest. Ryleigh will read her essay at the Governor’s Civic Holocaust Commemoration at the PA State Capitol on April 24th.

We have numerous problems in our society. We all know it, but everyone pretends we don't. I learned multiple life lessons during my time in religious school. However, one of the most important life lessons from the Holocaust was if left unchecked and/or forgotten, history repeats itself. Another important life lesson that I learned was that intolerance and hatred were the foundations of many reasonings behind mass genocides and we can trace these learned negative traits throughout history and can see them in current times.

What played a role in the events that led up to the Holocaust? What I learned from Shamor V'zakhor, the innovative program that combined all of the 7th graders in the religious schools in my area, was that antisemitism and a lack of sympathy to others was the base of this horrible atrocity. Hatred of Jews, people's disinterest in problems affecting those other than themselves, and a general apathy towards their fellow compatriots were all pervasive all over Europe.

While visiting the Holocaust Museum, I learned that when Hitler initially gained his control over Germany in 1933, the Nazis had not yet started their mass genocide of the Jews. Hitler planted the seed of hate and sowed it to allow the Nazis to use their government's power over the citizens of Germany to start the segregation, intimidation, aggression, and ultimate exclusion of Jews.

Through my religious school education and at the Holocaust Museum, I learned that between 1941 and 1945 these acts "culminated in a plan that Nazi leaders referred to as the ‘Final Solution to the Jewish Question.'" This is now known as "The Final Solution," which killed 6+ million Jews and an additional 5 million non-Jews (over 11 million people total).

But why did the Nazis mainly target Jews?

The Nazis targeted Jews because Nazis believed that Jews were the cause for all of Germany's problems - and this started a long time before Hitler came to power. The Nazis spread propaganda which blamed Jews for causing Germany's many financial, societal, and political problems. Jews were also used as scapegoats as the reason why Germany lost World War I and were blamed for the Great Depression.

Seventy-five years after the Holocaust, anti-Semitism is still very real and is openly expressed in our country with no repercussions. This shows me that history has begun to repeat itself.

Protest signs reading "Jews to the Gas," "Jews Control America," "Hitler Should have Finished the Job," are now commonplace; t-shirts that advertise "Camp Auschwitz"; political signs are written saying "With Jews We Lose"; being told by another child in my 7th grade middle school class that "At least I'm not Jewish" are all indications that antisemitism has not gone away – it just was in hiding for a few decades.

I have seen parallels between the genocide of the Jews, the Tutsi of Rwanda, Indigenous Americans, Bosnian Muslims, and unfortunately many more. People need to realize that these ethnic groups are humans just like them, and can express their beliefs and customs just like everybody else.

It is important to continue to learn and teach about the Holocaust because keeping our history relevant will hopefully keep this horrible tragedy from happening again. This is the other important lesson that I learned through my Holocaust education - the belief that kindness, tolerance, love, and understanding others is the key to peace.