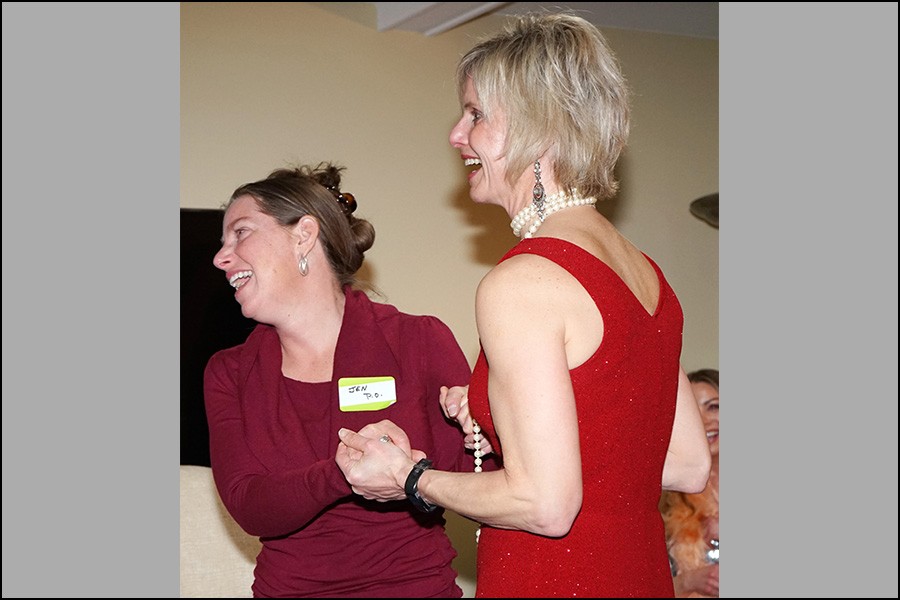 The longtime JCC spin instructor has experienced many exciting chapters in her life, including volunteering for the Peace Corps in West Africa and facilitating a weight management program (known as Empower) as part of her full-time work with Capital BlueCross.

Always aspirational, Gina has been working out daily for about a decade, and says that she has three long-term wellness goals: a limited-symptom menopause, retirement, and organ donation.

One of those certainly stands out. “I always thought I want to live so long, and then I’m going to donate all my body to science,” says Gina. “My partner said to me ‘Gina, if you’re going to live so long, your organs are going to be useless.’ I had never thought of that. So I thought, ‘If anybody would by chance need a kidney then I’d have this opportunity to become a living donor.’”

Not many make living organ donation a goal. Even fewer fulfill that goal.

Shortly after having the revelation of living organ donation as a possibility, Gina was preparing for an outing with her friend, Jen Liddick. “I texted her on Friday about our plans for Sunday,” recalls Gina.

Jen had experienced vomiting while at work and was encouraged to visit the doctor. “All of a sudden, she goes from thinking, ‘I wonder what’s wrong with me?’ to having end stage renal failure,” Gina says.

The stars seemed to have tragically aligned. Gina offered to donate one of her kidneys to help save her friend.

GETTING TO KNOW EACH OTHER

Gina and Jen have not been lifelong friends. Jen explains that she just got to know Gina a couple years ago, meeting by chance through mutual friends at a concert and keeping in touch afterward.

“She’s so caring so giving, and just there for everybody,” says Jen. “She makes a point to get to know and care about the people in her life.”

Was Jen surprised by Gina’s offer to donate her kidney? “I would say it was surprising, but now I know better,” she says. “It’s definitely in her nature to be this giving.”

Gina was equally impressed when she met Jen.

“I always loved the inner confidence that Jen seemed to carry,” she says. “And all of a sudden it was like this subtle, confident, beautiful woman is having her life taken away from her. And I have something I can do to help. She’s not going down, that was immediate to me.”

It was a long road ahead for both women. Neither knew whether Gina would be a match, and weeks of testing and uncertainty followed. But the duo, similar in age and size, seemed destined for each other.

“I am very spiritual and believe in faith, trust, and direction,” says Gina. “When you see so many things align that really shouldn’t have happened, it just speaks to you to think that this is the path that you were chosen for.”

The process has been interesting for Gina. The health nut has learned more than she ever expected to about her own health and body, but says that that is an added blessing of this experience. “Now, I’ve gotten stronger rather than weaker,” she says. “It’s been a gift to myself already.” The procedure date is up in the air at this point, though Gina is planning to fulfill the donation in mid-summer.

While the full recovery process is estimated between four to six weeks, Gina expects to be ready to return to teaching after about two weeks. “I am going to set high goals,” she says, while accepting that there will be certain things that she has to let go, which is new for her. “If I can’t do it, I’ll make it work another way.”