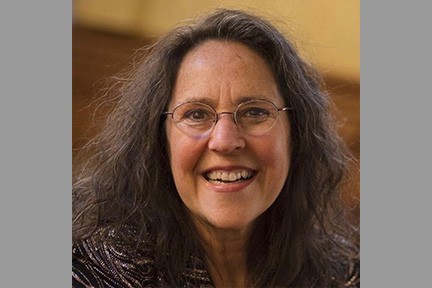 The music and event industry has experienced some of the most severe economic impact in the wake of the COVID-19 pandemic. Many producers have had to adapt, taking programming online and creating new interactive experiences for attendees.

Susquehanna Folk Music Society is no different, having shifted performances and programs to an online format since April.

SFMS’ upcoming program will bring the Jewish genre of Klezmer, the mesmerizing musical tradition of Ashkenazi Jews of Eastern Europe, to center stage on Sunday, December 6 from 10am – 4:30pm, with a day-long virtual residency featuring musicians from near and far.

“Susan helped to identify other wonderful klezmer musicians from throughout the country,” says Jess Hayden, Executive Director of SFMS. “The artists will spend the day sharing their experiences and understanding of their craft, as well as playing for each other and the audience.”

The program is part of four Artist to Artist residencies that the Folk Music Society will hold as part of their designation as a “Folk Art Center” by the PA Council of the Arts and will showcase some of the most talented women artists working within the genre today.

“There’s been an emphasis on women in Klezmer in the last couple years,” Jess says, noting that klezmorim, musicians who play in the genre, were traditionally men. “I think it gives us an opportunity to discuss the importance of women in Jewish culture, the roles they play, and the importance of what they do – and we happen to have an abundance of women in Klezmer now, so it’s a natural thing to gather these performers who excel so much.”

While the program is a can’t-miss for those familiar with the music, Jess says that newcomers should be excited by the content that will be shared, as well.

“There’s something beautiful, mesmerizing, and compelling about the music,” she says. “It imitates the human voice and the flavor of music is very interesting. It’s improvisational, humorous, and it makes you want to get up and move around – it’s just very exciting.”

The program will be put together through a blended format, with Susan Leviton performing from the Kulkarni Theatre at Penn State Harrisburg and additional artists streaming in from across the country. The schedule for the residency is as follows:

12:15pm – Sing Out! Bring Your Voices and Instruments – inviting viewers to join Lauren Brody and Harrisburg’s own Susan Leviton for an opportunity to learn by singing, playing along, or just listening.

1:15pm – Klezmer Suffrage: An Interview with Women in Jewish Music – a conversation with all five featured artists as they discuss their own histories and personal journeys in crafting Jewish music.

3pm – “Whose Song is This?” The Wonders of a Song Migration – featuring Lauren, Susan, Cookie, and Ilene as they explore the tangled roots of songs across time and geography and share finale performances.

Artist to Artist: A Residency Exploring Jewish Music Traditions will be held on Sunday, December 6 from 10am – 4:30pm. Tickets are FREE! For more information and registration for this program, visit www.sfmsfolk.org. This program is underwritten by Lois Lehrman Grass.