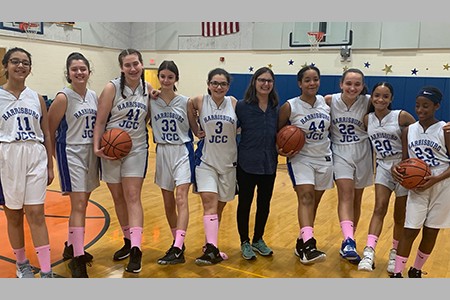 I was recently diagnosed with breast cancer.  I feel that my story is somewhat unique so I wanted to share it with the community through this article.  And, at the same time, I can thank the community in general for all of the love and support that I have received through this journey.

However, I told the mammographer that my mother had just had breast cancer and even though my mammogram was fine, the mammographer gave me information with a contact for the UPMC Breast Care Center. She told me that if I wanted to learn more about my risk of getting breast cancer in my lifetime that I should give them a call.

I called.  First lessons learned – be open and honest with your medical care providers and take their advice very seriously.

I had my first appointment at the Breast Care Center scheduled for May 2019.

I however still had a high risk of breast cancer in my lifetime based on the following factors:

The normal risk is still pretty high at 15% - one in every eight women will get breast cancer in their lifetime. My risk was more than double that.

Just having an Ashkenazi Jewish background, even without a family history, is enough to put you in a higher-risk category. If you are reading this and have that background, please be proactive about your health.  It is important to take your doctor’s advice and do the tests they recommend you do.

The Breast Care Center offered me increased screenings with a breast MRI every 6 months in addition to my yearly mammogram. This seemed very reasonable to me.

I had my first breast MRI in July 2019 and I found it to be a relatively easy procedure. It was much easier than a mammogram -- no squeezing. I was given an IV in my arm, and was positioned on my belly in a “superman” position with my arms over my head and my breasts were placed into two holes in the table. My head was cradled in a head rest. I was moved in and out of a tube while they took pictures with and without contrast dye running through my veins. There were loud clanging and banging sounds but it was a very tolerable procedure Thankfully, the results of that MRI was normal.

I had another breast MRI and this time they found something. The report said it was a “worrisome 11mm enhancing mass 1 o’clock on the left breast with spiculated edges.” A second-look ultrasound of the left breast was recommended.

Within days I had the second-look breast ultrasound and even though they knew just where to look they didn’t find the mass. I took this as a good sign.  They then did a 3D diagnostic mammogram of the left breast and again they didn’t see it. Another good sign.  The doctor told me that “it probably wasn’t breast cancer but because of the way the MRI was worded and because the only place that they could see it was with the MRI, he recommended an MRI-guided needle biopsy.”

On January 16 I had a breast MRI biopsy.

On January 17, the next day, I received a call and was told I have invasive lobular breast cancer.

Just like that, my world turned upside down and my head began spinning.

On January 23, I met with my breast surgeon Dr. Brynn Wolff to learn about my diagnosis and hear about my surgical options.

She told me that I was lucky that I had the MRI and that I caught this early because it wasn’t seen and probably would not be seen on any mammogram for years.

I was given surgical options and chose bilateral mastectomy to reduce my risk of reoccurrence of another breast cancer. I was told that that I chose a reasonable option based on my family history.

My double mastectomy surgery was scheduled for January 29th.

My husband Joel took complete charge of my recovery.

Rabbi Muroff encouraged us to use the Caring Bridge website to keep people informed. Posting on this website gave me an outlet to express myself and was a place for others to reach out to me.

The support from this Jewish community sprang into action and was unbelievable. Terri Travers and Terry Fisher helped make sure the girls were OK at the JCC with their basketball practice and play practice schedules. Friends reached out to our son, Hallel, up at State College. Abby Smith gave Devorah and Rena rides home from school and others schlepped kids to activities and offered us meals. Chisuk Emuna members listened as I spoke from the bima, encouraging our community to be proactive about their own health while telling my story. The basketball team families collected money for meals for us. Norman Gras, Jill Brodsky, Leah Muroff, Susie Stein, Mayer Kohn, Tammy Reid, Yasminah Huberman, Yamit Friedman, and Niema Schertz all made us delicious kosher meals and Varda gave us her challah for Shabbat. Andrea Lieber and Holly Engelman schlepped wanton soup from David Chu’s in Baltimore and delivered it to me to support my crazy cravings and my friend Lynne Harlacher taught my classes at Gesher.

People I barely knew or just met began to reach out to me about their own personal struggles with breast cancer. Now I have made new friends and have very meaningful new connections. People supported me by sending cards, flowers and kind emails and posts on the Caring Bridge. Marilyn Klein sent me daily post cards with a joke on it just to make me smile.

We were overwhelmed and started asking people to pay it forward in ways to continue to help others. We were keenly aware that many people don’t have the same level of support and need it.  Please consider making a donation to a local women’s shelter, contributing to a Meals on Wheels program, visit a friend you haven’t seen in a while, or write to your elected officials to encourage them to support funding of mental health services.

Sometimes it was a simple gesture of a friend sitting alongside of me, driving me to an appointment, bringing me a cup of coffee or playing a game of Words With Friends. I’ll never be able to repay Ann Chadwell for looking at my wounds without cringing, Nicole Spitz for washing my hair and Judith Hodara for helping me with my first shower after I returned home. For Tammy Reid buying me some button-down shirts to wear after my procedure, Rita Gordon for driving me to my appointment and all the friends and family who sent me daily texts, or emails or called or Facetimed  to help keep me going and made visits to check on me.

One young friend sent me a playlist of some positive songs to listen to. Another friend sent me a playlist of prayers of gratitude. Marina Cherepinsky and my friends in Kol Haneshama sang me well and Alicia Keys’ song Underdog inspired me and kept me going as I walked the hospital halls. The nursing staff cheered me on as I walked laps in the hallways as I was recovering after the surgery and friends walked with me around Italian Lake when I came home. Rabbi Muroff reminded me to breathe and Rabbi Kessler made me laugh. It is almost impossible to thank everyone by name who has helped us- but you are all part of my team. From the bottom of my heart I want to thank this Jewish Community for all of your support.

There is more to my battle. I still need to work with my oncologist to continue my treatment. I still may need chemo and most likely will have my ovaries removed or have a hysterectomy and take cancer fighting medication. But I know I am not fighting this alone- I have a team of support.

One of the sweetest gestures was when the middle school JCC basketball team made their socks pink in support of breast cancer awareness and wore them for their final championship winning game! I told each of the girls before they even started the game that they had already won because kindness always wins. Coach Terri Travers is a role model and builds not only a winning a team but a family who supports each other.

Thank you again to everyone.  This has been a whirlwind start to 2020 but I hope that brighter days are ahead.  With a warm and caring community supporting me, I know there are.